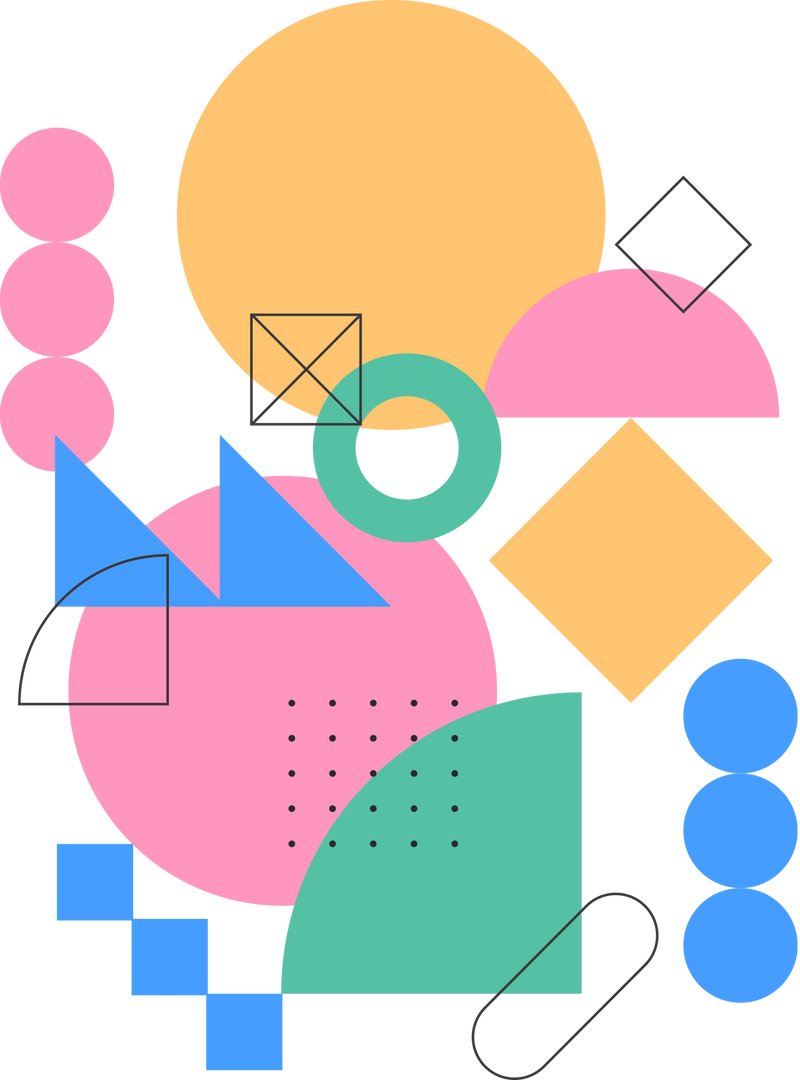 Continuous validation from customer success as the principal measure of achievement.

Meet the team behind Harbr

David's experience leading teams to execute on enterprise product development from the earliest stages of validation to general availability has enabled org’s like Salesforce, Intuit, and John Hancock Financial to deliver  cutting-edge innovations to its customers.

With a construction management and industrial design background as a self-performing developer Ashley knows what it takes to deliver beautiful buildings on-time and on-budget.

Jeff brings over a decade’s experience in self-perform development of multi-unit residential housing, industrial, and commercial construction. With deep exposure to commercial financing, sales, and surety.

VP of People who Build Technology

Kirby's experience spans over 20 years of commercial general construction, design build, and construction management. Notably, Kirby led the growth of Lindsay Construction into one of the largest GC’s in Atlantic Canada

Highline Beta is a team of pragmatists with a proven track record of entrepreneurship. We’re unafraid to question our clients’ basic assumptions and challenge them to overcome internal obstacles to growth. We help some of the world’s best-known companies achieve their growth innovation objectives, and invest in the ventures we develop to prove our commitment to collaborative innovation.

Highline Beta brings your vision to market, and tells you the truth about how to do it.

Our aim is simple: to contribute to long-term value creation and capital appreciation.Killick partners with experienced and entrepreneurial management teams—the people who know their businesses best. We work closely with these partners to offer strategic guidance that can help companies capitalize on opportunities, leading to strong, sustainable growth.

When you work with Panache, you are gaining access to been-there-done-that peers and partners who mentor and introduce to investors, experts and consumers.

We invest in the most promising founders — those who are automating, decentralizing, democratizing, and expanding human capabilities.

We find, fund and foster innovative Nova Scotia start-ups that strive to change the world.

John Risley is Chairman and CEO of CFFI Ventures Inc., a diversified holding company operating internationally. The company has majority or significant stakes in a portfolio of young companies ranging from financial services, renewable energy and the tech sector. He is also the Chair of Northern Private Capital, a Toronto based fund which invests in high growth opportunities, and Chair of MDA Corporation, Canada’s iconic space company.

Mr. Risley is very active in community affairs, sitting on the Board of a number of charitable organizations. He is a Director of Futurpreneur Canada, and Chair of the Ocean Supercluster. He regularly engages in public policy debate and is a member of the World President’s Organization, The Chief Executives Organization, the Business Council of Canada and the Trilateral Commission. He is also a graduate of Harvard University’s President’s Program in Leadership.

He was named an Officer of the Order of Canada in 1997 and is a member of the New York Yacht Club and the Royal Ocean Racing Club.

Gavin Uhma is ​CTO & Co-Founder of Cape Privacy. Gavin, an experienced and innovative technologist, is an entrepreneur and angel investor in 20+ startups. Gavin was also the CTO of GoInstant which was later acquired by Salesforce.

President and Chief Executive Officer since 2009, Donald Clow, has guided and shaped Crombie into the company that it is today. Prior to joining Crombie, Donald held the position of President, ECL Developments Limited, the real estate development subsidiary of Empire Company Limited for two years. Previous to Empire, he was President of Southwest Properties Ltd., a residential and commercial real estate development company in Halifax. Donald is a member of the Board of Governors of Acadia University and is on the Board of Directors of the QEII Foundation. Donald graduated from Acadia University with a BBA, earned his Chartered Accountant designation with KPMG and was designated a Fellow Chartered Accountant in 2002. In addition to leadership programs at the Harvard Business School and the Ivey School of Business, he is a graduate of the DEP at the Rotman School of Business and a member of WPO, CEO and the Business Council of Canada. Mr. Clow has been inducted into Atlantic Canada’s Top 50 CEO Hall of Fame.

Mr. Victor Kielbratowski serves as President at Kiel Developments. He also serves as Advisor at Harbr.

Mr. Jevon MacDonald is a Co-Founder and serves as a Board Member at Volta (Nova Scotia). Mr. MacDonald co-founded and served as Chief Executive Officer at Manifold. He is the Co-Founder and Chief Executive Officer of GoInstant. He also serves as Board Member at Harbr. He also co-founded StartupNorth.ca. He worked as Entrepreneur in Residence at Innovacorp, Senior Partner at Dachis Group, Partner at Renewal Consulting Group, Vice-President, Development at Argenus, Partner, Director, Developer at Silverorange.

Frank C. Sobey is a corporate director and a member of the Trebek Council. Mr. Sobey was Vice President, Real Estate of Empire Company Limited until his retirement in 2014 after 36 years with the Company. Mr. Sobey also served as a trustee and Chairman of Crombie REIT from 2006 to 2019, as Chairman of the Dalhousie Medical Research Foundation, as well as a board member of the Canadian-U.S. Fulbright Program. Mr. Sobey graduated from Harvard University Business School’s Advanced Management Program and earned the ICD.D designation. He holds an honorary degree from Dalhousie University.

The Managing Director of Brigus Capital, Wade is a committed partner with the companies he invests in. Wade is a proven and accomplished entrepreneur, financier, and investor. He serves as Chairman and CEO of Numus Capital, a Halifax based exempt market dealer. He is chairman of TSX-listed Pivot Technology Solutions Inc., and as Chairman & CEO of Fortune Bay Corp. Wade led the public listing of TSX-listed biotechnology company Immunovaccine Inc. and he led the public listing and financing of TSXV-listed software company, kneat.com, Inc.

Mr. Joe Fiander is an angel investor. Joe is Vice President of Real Estate & Development at Sobeys. He has worked for Sobeys since 1978 in a variety of roles including: Operations, Logistics, Merchandising, Environmental, Construction & Engineering. Joe is a member of the Advisory Board for Emerson Technology based in Atlanta, Georgia. He is community-minded and currently serves on the Summer Street Industries Board, NSCC Make Way Campaign Board as well as the Pictou County Regional Enterprise Network. Joe is also the Past Chair of the Food Bank. He also serves as Advisor at Harbr.

J​im Spatz is the Executive Chairman of Southwest Properties Limited, one of Atlantic Canada’s leading real estate developers. Southwest owns, operates, and develops residential and commercial real estate in Atlantic Canada, and through its majority ownership of Premiere Suites, has extended stay accommodations across Canada.

Jim has led the company for the past 33 years. His first career was as a physician. Jim practiced Family and then Emergency Medicine for 15 years.

Along with his responsibilities in the office, Jim is involved in a number of community activities. Jim currently chairs the Capital Campaign Council for the new Art Gallery of Nova Scotia, steering an ambitious $40 million campaign in support of a new waterfront art gallery in Halifax. Jim is a founding partner and Fellow of the Creative Destruction Lab Atlantic, the mentorship and investment organization for technology start-ups. Jim has served on the boards of several organizations, including the Board of Governors of Dalhousie University, Atlantic Canada’s largest university, from 2001 – 2015, and as Dalhousie’s Board Chair from 2008 – 2014, the Canadian Stem Cell Foundation, the National Executive Committee for the 2017 Governor General’s Canadian Leadership Conference, and as a Life Director of Neptune Theater.

In 2007, Jim along with his late father, Simon, were inducted into the Nova Scotia Business Hall of Fame. In 2013, Jim received the Queen Elizabeth II Diamond Jubilee Medal for his significant achievements and contributions to the community. In 2015 Jim was named Atlantic Business Magazine’s CEO of the Year for Atlantic Canada, in 2018 he was named Waterstone Human Capital’s Most Admired Canadian CEO in the mid-market space, and in 2019 Jim was awarded the Power of Humanity Award from the Nova Scotia Division of the Canadian Red Cross. Jim is a member of WPO and CEO.

David was a co-founder of GoInstant which was later acquired by Salesforce.

Come join a team that values respect, collaboration, and trust. 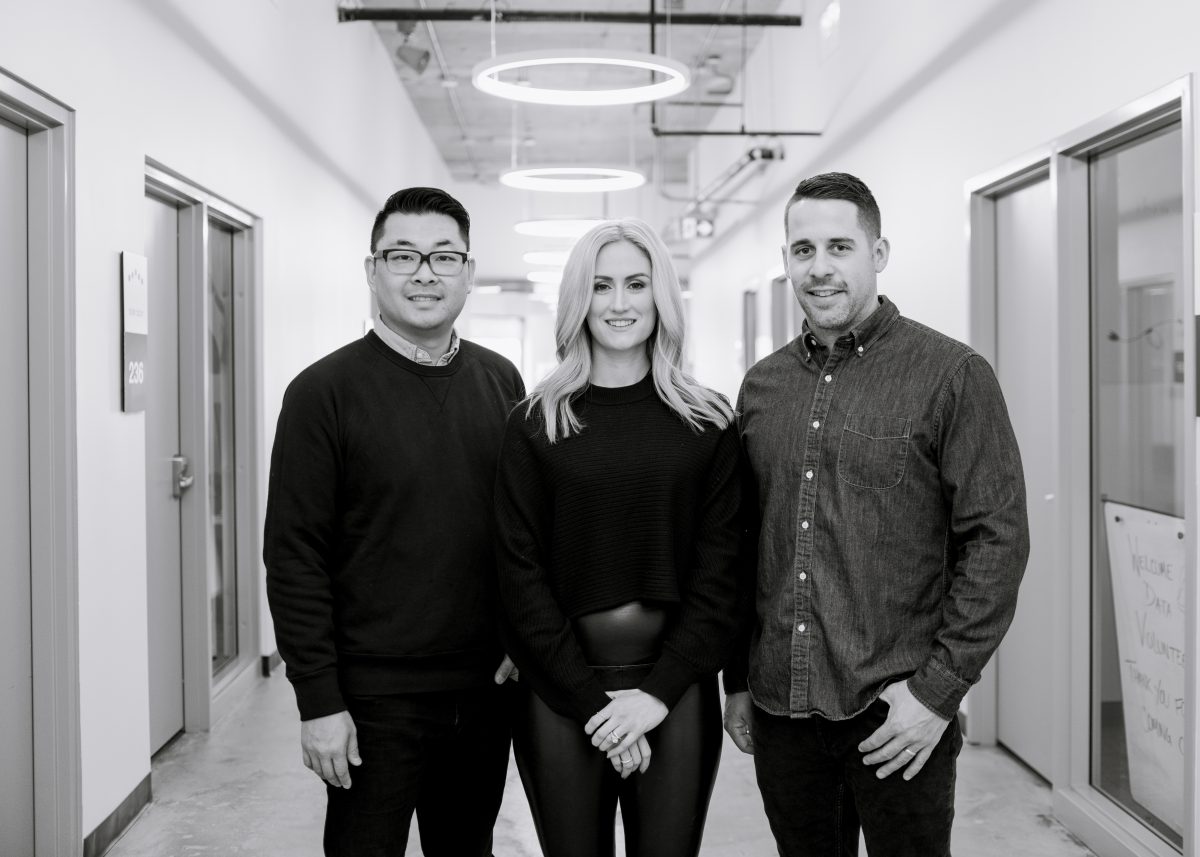 Please fill out the form below, and we'll be in touch.